[Wyclef]
We used to be number 10
Now we're permanent one
In the battle lost my finger, Mic became my arm
Pistol nozzle hits your nasal, blood becomes lukewarm
Tell the woman be easy Naah squeeze the Charmin
Test Wyclef, see death flesh get scorned
Beat you so bad make you feel like you ain't wanna be born
And tell your friends stay the hell out of my lawn
Chicken George became Dead George stealin' chickens from my farm
Damn, Another dead pigeon
If your mafiosos then I'm bringin' on Haitian Sicilians
Nobody's shootin', my body's made of hand grenade
Girl bled to death while she was tongue-kissing a razor blade
That sounds sick maybe one eday I'll write a horror
Blackula comes to the ghetto, jacks an ACURA
Stevie Wonder sees Crack Babies Be-Coming Enemies of their own families
What's going on? Armageddon come you know we soon done
Gun by my side just in case I gotta rump
A boy on the side of Babylon trying to front like he's down with
Mount Zion

[Lauryn Hill]
Yeah in saloons we drink Boone's and battle goons till high noon
Bust rap tunes on flat spoons, take no shorts like poom poom's
See hoochies pop coochies, for Gucci's and Lucci
Find me in my Mitsubishi, eatin' sushi, bumpin' Fugees
Hey Hey Hey
Try to take the crew and we don't play play
Say say say
Like Paul McCartney, not hardly
ODD-ly enough
I can see right through your bluff
Niggas huff and they puff but they can't handle us, WE BUST
Cause we fortified, I could never hide, seen "Cooley High"
Cried when Cochise died
I'm twisted, black-listed by some other negroes
Don't remove my Polos on the first episode
Ha Ha Ha Ha, You shouldn't diss refugees, and
Ha Ha Ha Ha, You whole sound set's bootie , and
Ha Ha Ha Ha, You have to respect JERSEY, cause I'm superfly when
I'm super-high on the Fu-Gee-La

[Pras]
I sit 90 degrees underneath palm trees
Smokin' beedi as I burn my calories
Brooklyn roof tops become Brooklyn tee-pees
Who that be, enemies, wanna see the death of me
From Hawaii to Hawthorne, I run marathons, like
Buju Banton, I'm a true champion, like
Farakkhan reads his Daily Qu'ran it's a phenomenon
Lyrics fast like Ramadan

[Wyclef]
What's goin' on
Armageddon come you know we soon done
Gun by my side just in case I gotta rump
A boy on the side of Babylon, trying to front like he's down with
Mount Zion 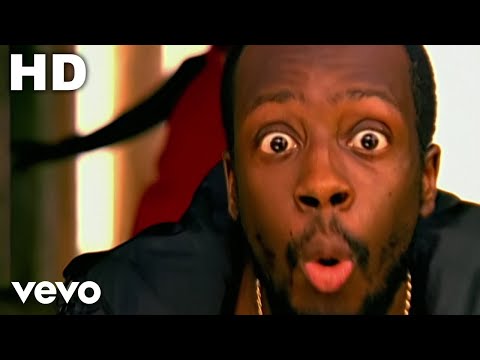