I got a color TV for a limited time.
and you can have it by tonight, it'll bend your mind.
I wouldn't just sell it to an ordinary fool,
y' have to be sure that the fool has cool.
Since you look like a man with heart and soul.
If you buy it from me now, you get a free mixing bowl.

I'll even let you have a little button I' got
that says have a nice day , you're gonna like it a lot.

Popular music is the national craze.
Rock and Roll stars have the kids in a daze.
But twist the knob around for a different point of view
and you'll twist that knob till it comes unscrewed.
There's only one song that the TV sings and that's
Pennies From Heaven, while the register rings.

So it's easy to see, right from the start
that what makes good money, makes good art.

Now did you read the encyclical that's written by the Pope
sayin' folks with private property just got no hope.
The rich ain't welcome in the heavenly Palladium,
but the Knights of Columbus own Yankee Stadium.
Now I ain't sayin' that the Pope was wrong
but he can easily afford to sing that song.

The kids that fought the war are livin' outta state
and the CIA is runnin' things of late.
When we elect a man, we put him on the spot,
'cause if he don't play ball, he might get shot.
The national security keeps it from the voters,
'cause what's good for America isn't good for General Motors.

We went and found ourselves some mighty strange lovers.
The kind that like to blow from underneath the covers.

Well millions can avoid with Dr Sigmund Freud
those realities of life that tend to make me paranoid.
Lookin' for the answer just gives me indigestion
I spent so much time, just dealin' with the question.
We'd rather talk of dollars and forget about events
when what we have to decide is; Does it all make sense?

Well everybody's happy, I saw it on the news,
but me, I' got a case of color TV blues.

You know, just 'cause you're paranoid
doesn't mean they're not trying t' get ya' 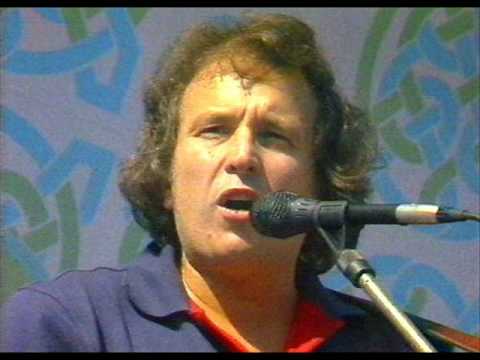