Hey mister, elevate that mind into a blister.
You might need to rest up, I'll pump that chest up
Because that mental is fadin'
Ego, you over played it.
Hey buster, ya' just can't be trusted
Tha' drama, your mama musta really been disgusted.
But ya' got no clue always screamin' everybody owes you
Well kid, I never did
And never will.

Broken' punks when bringin' on tha' funkin'
Knowin' you man, your probably not thinkin'
Caught ya' lip-sincin'
Lyricals flyin' over that head you'll be cryin'
Lyin' in your death bed, now your just a reject (reject)
Ya put your fate on Micky D's just to gain a little respect
But ya' got no clue, always screamin' everybody owes you.
Well kid, I never did
And never will.

You need to drop that freakin' ego before ya' crash.
Before tha' headlights are simply glarin' in your eyes and your goin' down.
What's tha' matter with tha' life that your leadin'?
When your bleedin', everyone's thinkin' how much they hate you.
It's not too late, dude. Just that time for you to zip up that grill.
Take a deep breath. Look around. Ain't nobody left, just tha' target. Bullseye.
Still you walk around like a clown in a forcefield.
See I'm not crazy. You're tha' one who's crazy.
Institution. Bound to be the only way that we can even solve this.
I've had about as much as I can take, so do yourself a favor.

There's certainly some distortion in there. What?
Certainly some distortion in there.
I can't hear you, I've got distortion in my ear.
A thought just came to me while watching you and the guys play that.
Um, the distortion feels the sound. It's like anguish or frustration.
Like trying to thread, a needle with.. with.... thread.
And you keep trying. (Can you thread a nee.. a needle with a piece of wood?)
And I wonder, I wonder if that's what happened when the kids were getting the guitars
They were trying so hard, they wanted to play like their favorite singer
They just couldn't bring it off, so they turned it up louder just to..
Because even your face got red, and, and the expression on your face was that of, of
Sheer frustration, or anger, or just... what do you feel when you play this distortion on there?
Um, what I feel when I play distortion like that is, I'm faking that anger
Letting it all out, ya' know. There's no reservations or politness.
I'm no longer trying to please anyone, I'm trying to please me. Trying to get myself off.
That's a form of honosty, isn't it?
I suppose 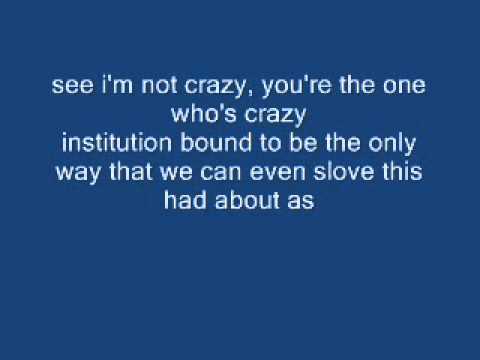