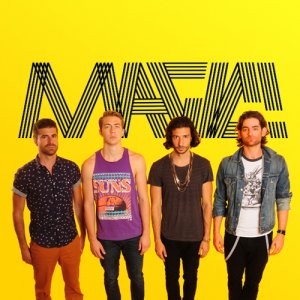 MAGIC! is a Canadian reggae-pop band, composed of well-known songwriter and record producer Nasri Atweh on lead vocals and Mark Pellizzer, Alex Tanas and Ben Spivak. In 2013, they released their debut single, "Rude"[1] that reached number two both in Australia and New Zealand and number seven in Canada. MAGIC! is featured on Shakira's self-titled album on the track entitled "Cut Me Deep", released in March 2014. Other recordings on their upcoming debut album include "No Way No"