A Week Ago Jay -Z

Growin up in the hood just my dog and me
We used to hustle in the hood for, all to see
Problems, I called on him, he called on me
We wasn't quite partners, I hit him off my P
Met him unlocked doors, off my keys
Yeah we spoke, much more than cordially
Man he broke bread with me, my business spreads with me
The Feds came to get me, we both fled quickly
Wasn't quick enough to jump over the hedges with me
Got caught, and that's when our relationship strayed
Used to call me from the joint til he ran out of change
And when he called collect and I heard his name
I quickly accepted, but when I reached the phone
he's talkin reckless, I can sense deceit in his tone
I said, "Damn dawg, what, nine weeks and you're home?"
He said, "Main man, you think shit's sweet cause you're home."
I just sat, spat no more speech in the phone
The crackers up there bleachin your dome, you're reachin
I said, "The world don't stop I've got to keep keep on."
From there I sensed the beef was on
I ran to the spot, store to add some more features to my phone
To see if I had bugs and leeches on my phone
Can't be too safe cause niggaz is two-faced
And they show the other side when they catch a new case
It's on

It was cool when you had hella weed to smoke
And you bought a new home where you could keep the folks
I don't see how this side of you could be provoked
(Uh-huh, uh-huh, it was all good just a week ago)

Funny what, seven days can change
A stand up nigga, now you sit down to aim
Used to have a firm grip now you droppin names
Uh-huh, uh-huh (It was all good just a week ago)

Like I put the toast to your head and made you sell
We both came in this game, blind as hell
I did a little better, had more clientele
Told you put away some cheddar now you cryin for bail
Seventeen and I'm holdin on to around a mill
I could bail out and blow trial and come around on the pill
Had niggaz thinkin I was from Uptown for real
I had so much hustle plus I was down to ill
Like a Brooklyn nigga, straight out of Brownsville
Down and dirty, down to fight the round thirty
Freezin on them corners still holdin my crack
Lookin up and down the block, the fuck is the dough at?
Came from flat broke to lettin the dough stack
You tell them feds I said I'm never goin back
I'm from Marcy, and Marcy don't raise no rats
You know the consequences of your acts, you can't be serious

The lawyer I retained you said you leakin some things
All this after a week in the bang
I'm mad at myself cause I didn't spot the weak and lame
I woulda bet the house you wouldn't speak a thang
Nigga this was the oath, to the top of broke
Even pricked our finger, anything that got between us
we sposed to cock the ninas, what happened to that?
Instead you copped out to a misdemeanor
Fuck it, the same thing make you laugh make you cry
That's right, the same game that make you mad could make you die
It's a dice game, and sometimes you crap
Who woulda thought you'd get popped one time and rap?
Now you know that's bad when your sister is mad
and your son gotta grow up like, "This is my dad?"
The labelling of a snitch is a lifetime scar
You'll always be in jail nigga, just minus the bars

[Too $hort]
Shit is crazy man
All these niggaz out here snitchin
We was one step away from takin this crack money
and recyclin it through the ghettoes
and buildin back up our own hoods
Now all you niggaz start snitchin on each other
I got partners doin 15-20
Wouldn'ta been doin SHIT
if you didn't snitch
Beyotch!
It's about time y'all check that shit out man
It ain't all good
Shut your mouth
Just watch the game
And don't snitch
It sure will do a lot for you
Believe that baby
Jay-Z, Short Dawg's in the house main
You know I got it
Got it goin on
We got the money
Ain't got nuthin to do with crime baby
But I'm recognizing 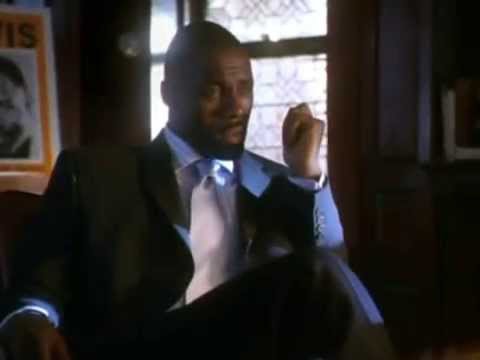