[Hook:]
[Skam]
Yo, I'm tryin' to be the man of the day
Three six five a year
See the bullshit you sayin', Skam ain't
Tryin' to hear (Fuck that!)
Bustin' lyrics in the air
Keepin' some up in the chamber

[Eminem]
Yo Skam, what the fuck you doin'?

[Eminem]
I'm tryin' to be the illest of the day
Three six five a year
See that bullshit you sayin', Shady ain't tryin' to hear
Spittin' lyrics in your ear
Keepin' some up in the chamber

[Skam]
Aiyyo Shady what the fuck you doin'?

[Skam]
Man I'm tired of bein' tired, everytime I wake up
Tired of these fake ducks, tired of bein' late for the bus
Tired of all be blendin', and endin' up datin sluts
So my facial expression stay stuck up, and shut the fuck up!
To the pity ass rappers, that ain't
Shit with out make-up, wake up
Gold diggin' bitches, the buck stops here
The road to riches is closed for repair
So if the shoe ain't fittin, girl leave that shit alone
You ain't Erykah Badu, what I look like Tyrone?
I rip your tissue out your ear
Spittin' like I don't care
My hair look like I ain't comb it, shit a damn near year
So I burn, zig-zag, I leave the next man with his heels up
Brain dead, and be reincarnated at a speed bump
When we done we stay hard, so you don't land shit
Suck Skam's dick, off of what a dead man spit
Yo that's it, I don't plan shit, you know how we go down
They need to slow down, and take a look who the ho now
At every industry party, gettin' so damn drunk
Can't remember the last ass you kissed, or dick you sucked
Remind me of my ex, in the street got me veck
Tryin' to roll up on Miami, leavin' with a broke neck
Oh shit, lethal lyric equal land mind
I be stackin' up white rappers like I'm throwin' gang signs
And I'm, buck wild exposin' the plain truth
You couldn't mess with me, fuckin' shit up in the same room
Hey you, I don't know you but fuck it, let me get a dollar
For this bad car, that go along with the breath
Some show the mad bomb, and steal the show like a theft
Cause in Miami, the baby jammin' like three up in the chamber
(Yo Skam what the fuck you doin?)

[Eminem]
Some people say I'm strange, I tell them ain't shit changed
I'm still the same lame asshole with a different name
Became late to the last show with a different dame
Brain ate from the last "O" that I snifed off 'caine
You know you're spaced the fuck out like George Lucas
When your puke is turnin' to yellowish-orange mucus
So when I grab a pencil and squeeze it between fingers
I'm not a rapper, I'm a demon who speaks English
Freak genius, too extreme for the weak and squeamish
Burn you alive till you screamin' to be extinguished
Cause when I drop the science
Motherfuckers tell me to stop the violence
Start a fire and block the hydrants
I'm just a mean person, you never seen worse than
So when Slim gets this M-16 burstin'
You gettin' spun backwards like every word of obscene cursin'
On the B-side of my first single with the clean version
Stoppin' your short life while you're still a teen virgin
Unless you get a kidney specialist and a spleen surgeon
In the best hospital possible for emergency surgery
To try to stop the blood from your ruptured sternum internally
I'll take it back before we knew each other's name
Run in a ultrasound and snatch you out your mother's frame
I'll take it further back than that
Back to Lovers' lane, to the night you were thought of, and
Cock-block your father's game
I'll plead the fifth like my jaws were muzzled
So suck my dick while I take a shit and do this crossword puzzle
And when I'm down with ten seconds left in the whole bout
I'mma throw a head-butt so hard, I'll knock us both out 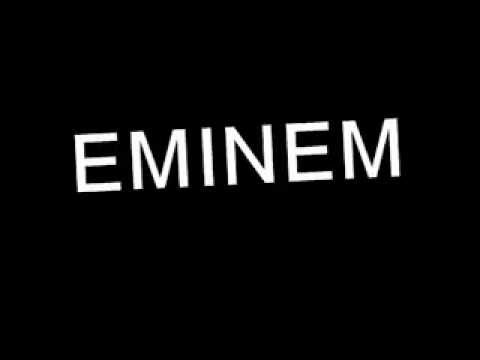