I stuck my dick in this game like a rapist
They call me Slim Roethlisberger
I go bezerker than a fed-up post-office worker
A merk her with a Mossberg
I'm pissed off get murdered
Like someone took a ketchup squirter
Squirted a frankfurter
For a gangster you shoulda shit your pants
When you saw the chainsaw get to waving
Like a terrible towel
I faced her around
But his fangs come out
Get your brains blown out
That's what I call blowing your mind
When I come back
Like nut on your spine
I'm a thumb tack
That you slept on son
Now here I come screaming attack like I just stepped on one
Low on the totem till he showed 'em
Defiance, giant scrotum
He don't owe them bitches shit
His bridges, he out grow'd em

[Taylor]
Come on, come on don't leave me like this
I thought I had you figured out
Something's gone terribly wrong
You're all I wanted

Come on, come on don't leave me like this
I thought I had you figured out
Can't breath whenever you gone
Can't turn back now, I'm haunted

I'm back for revenge
I lost a battle that ain't happening again
I'm at your throat like strep
I step, strapped with a pen
Metaphors wrote on my hand,
Someone distorted my mint
Read some I wrote on a napkin
I do what I have to to win
Pull at it all stops, any who touch a mic prior's
Not even Austin Powers, how the fuck are they Mike Meyers
And tell that psycho to pass the torch
To the whack before I take a shit in his Jack-O-Lantern
And smash it on his porch
Now get off my dick
Dick's too short a word for my dick
Get off my antidisestablishmentariani sm, you prick
You call me the champ; call me the space shuttle destroyer
I just blew up the challenger, matter fact I need a lawyer
I displaced my clause with enough plaster
To make a cast beat his ass naked and peed in his corner like burn choyder
You're the Eminem backwards, you're mini-me
See he's in a whole nother weight class
He smokes your BB's you beat back bullets
You're full of it; you were just in his CD's
Left at Infinite, now he's back like someone pissed in his wheaties
No peace treaties, he's turned into a beast
His new Slim Shady EP's got the attention of the mighty D. R. E

Come on, come on don't leave me like this
I thought I had you figured out
Something's gone terribly wrong
Won't finish what you started

Come on, come on don't leave me like this
I thought I had you figured out
Can't breath whenever you gone
Can't go back, I'm haunted 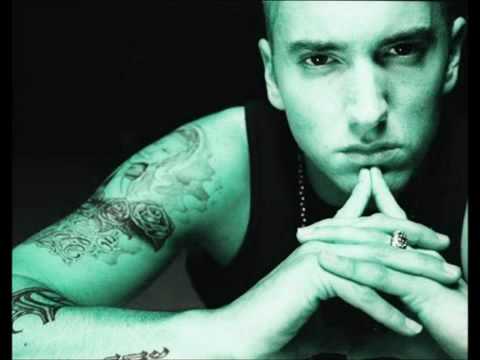