One thousand different houses and munchausen
I'mma make you wanna punch out some fuckin' one "ouch"
What the fuck'd you hit me for?
Scream life as I punch counter and bunches out of anger
I once encountered a stranger
In a dumb gown, black hood
With a scythe
Shit I laughed in his face spit
Bitch gave me an extra life, like take this
Get your ass back in that game
Bitch don't take shit for granted
And don't take shit, give it!
Only bull you should take is by the horns
A mixture of Whitey Ford and mighty Thor
I Everlast, pen is mightier than sword
Finish writing then record
Replenish keep writing more
Nothing's riding on it but your privates are you're fighting for
So you fight, scratch, you claw
Backs to wall
No one was there
To catch you fall, you pick yourself back up, you dust your jacket off
You grab your balls, like they're gargantuan
And ask yourself how fucking bad you want it
Pull out your badge for whooping ass
And flash it on 'em, nobody's gonna back you in the corner, you're a hornet
No one's more ignorant than you fucking four in the morning
You're at the la-bor-atory, storming like there's nothing that's more important
MC's you better consider this a formal warning, you're in for it
Girl, what would you do if I said your body was off the chain?
And I told you I smile every single time I saw your face
I ain't finished bitch
I meant in half, oil the blades
Nobody wants to play
They say I'm a spoiled little baby
But

What goes through an addict's brain?
Besides static pain and big daddy kane
Break, beats and words
An erratic train of thought
Like splatter paint
Scatter brain
Yeah maybe why that explains
Why you're back but you don't rap the same
And you're looking way thinner
Because your hunger got you looking like
They took away dinner
Sugar ray leonard wouldn't sugar coat a fucking booger though
Just to wipe that bitch on a hooker's coat
When you say you're a chooka what chooka what
Now fling that bitch from your fingertips
I hope it lands on another rap singers lips
Who can't think of shit
Anything of wit, that's interesting to spit
Whose king of this fucking English Lit?
Let your middle fingers flip
On each hand, whilst extending this shit
How low can you go?
Lower then Chuck D ho
Hear the bass of this in my voice
Rocky's back, where's my Adrian?
Nobodies crazy as shady in an eighty million mile radius
I'm what Tom Brady is to the patriots of rap
Not a man, I'm a weapon
Who just happened to be a rapper
Who just happen to be on the crapper
When it happened I had an epiphany
In the bathroom, I'd never be the same after
Now I'm back with an apper-tite
For destruction the fucking recipe for disaster
So let's eat cos' I'm famished
Every deed is a dastardly one
Evil its past it
Even you asking for me to be pulled
Like to people
Is like me having my teeth pulled

So step inside of dimension
The demented side of a mind
That's like the inside of an engine
While I multiply your undivided attention
But be reminded that if I didn't mention
I lose my mind and my temper
You'll be the first one
Who finds him offensive
Got him climbing the fences
Lost some time to addiction
But look up rhyme in the dictio-nary
I'm in the picture
Eminem is the synonym for it
I'm an enigma
Fuck it let's get to the meat, balls
I'm gonna skip the veg and potatoes
Edgamacater, they are
Shit legends are madea
Spit treachreous data
Shit that you would say to your worst enemy
This wretchedness
What you get when you mix Treach with a Jada
And combine em' with method man and redman
What meth-amphetamines in his left hand
And in his right there's a sledge-hammer
And pajamas, standing in front of a webcam
Beating himself in the head, til Russell let's him off dead jam
Maybe I need my head examined
Hannibal Lecter with a dead lamb
Hanging from his ceiling dripping with a bed pan
I need meds!
Swear to god cus' If I go off the edge
T.I ain't talking me off a ledge man
Heart throb at a fart, ah nah
More like a smart slob, part blob
That'll stab you with a sharp ob-ject
To the heart and leave claw marks
All over the Walmart walls
Little baby with large balls
Fuck mud slinging, I'm blood slinging
There's nothing on this fucking earth better then being
King of the playground
I hate the swings but I love being the underdog
Cos when I'm pushed
I end up swinging 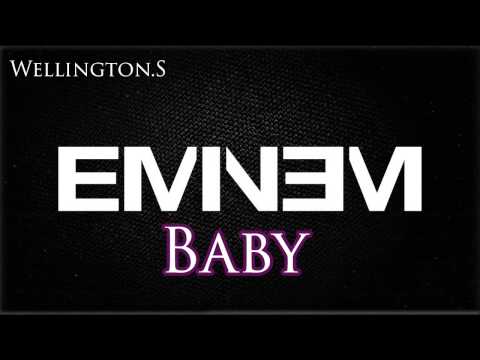